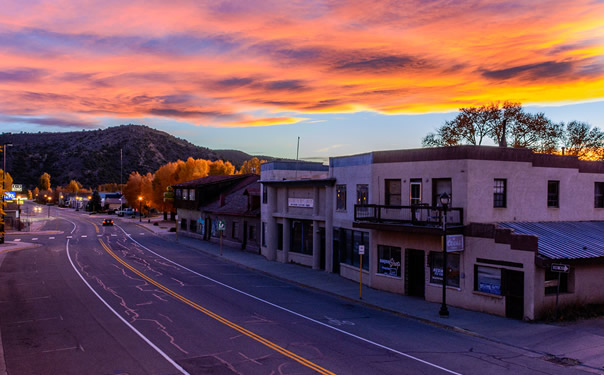 San Luis, the oldest town in Colorado, was established on April 5, 1851, with a present population of approximately 629. San Luis is predominately Hispanic, with strong ties to Spain’s religious, cultural and artistic traditions. Once a part of four Spanish land grants decreed by the King of Spain, the town’s adobe architecture and its classic Spanish town layout retain the texture of the historical and cultural influences which shaped the early communities of southern Colorado. The surrounding area is mainly a farming and agriculture area.

Hispanic settlers from the Taos Valley established several small villages along the Rio Culebra in the San Luis Valley and officially took possession of this portion of the Sangre de Cristo Land Grant on April 5, 1851. Settlers built a church in the central village of La Plaza Medio and dedicated it on the Feast of Saint Louis, June 21, 1851.The village was renamed San Luis de la Culebra in honor of its patron saint. San Luis remained part of the Territory of New Mexico until 1861 when the Territory of Colorado was established. Today, San Luis is the oldest continuously inhabited town in the state of Colorado.